Somnath Batabyal was born in 1974 in the Indian city of Siliguri. He spent his childhood avoiding school and playing badminton in the Assamese capital of Guwahati before heading to the University of Delhi for a degree in English Literature. After surprising everyone by topping his year group, he spent a colourful six years as a reporter at The Asian Age, The Pioneer, The Hindustan Times and The Week.

In the year 2000, Somnath won two awards that took him to London for the first time. The Dhiren Bhagat Award for investigative journalism included a two-month working scholarship with The Daily Telegraph. The Chevening Young Print Journalist Award consisted of a course at the University of Westminster and two months working at The Sunday Times in London.

Back in Delhi, he took the plunge into television journalism in 2001, working as Special Correspondent at New Delhi Television (NDTV) in Calcutta, for two years.

Another smattering of scholarships brought him back to London in 2003, this time for a Masters degree in Anthropology of the Media from SOAS, London. He stayed on to complete a PHD with a thesis exploring the motivations and mechanics of two Indian news rooms. This groundbreaking ethnography was later published by Routledge as Making News in India: Star News and Star Ananda.

While at SOAS, Somnath co-founded Sacred Media Cow (SMC), an online collective of media theorists who blogged their thoughts on South Asian issues and reached hundreds of thousands of readers worldwide. In 2007, SMC organised an international conference on Indian Mass Media and the Politics of Change, collected the papers and wrote a book under the same title, published by Routledge in 2011. 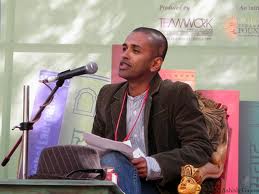 Between 2009 and 2012 Somnath was Post Doctoral Research Fellow at the University of Heidelberg in Germany. During this time, he authored another book (Ecology of Participation: A walk through the Media Environment), wrote several journal articles, organised a workshop in Germany and a conference in India, and co-directed the well-travelled documentary Don’t Cut My Head Off, which has been screened at conferences and festivals in India, Turkey, Italy, Germany and the UK.

In 2012, Somnath took up a position as lecturer in Media in Development at the School of Oriental and African studies. In the same year, he married musician and musicologist Georgie Pope.

A regular commentator for Al Jazeera, the BBC and Monocle, Somnath also wrote a weekly column for Metro Now from 2007 to 2009 and continues to regale the readers of The Sunday Guardian with observations on travel, arts and politics in his weekly column Nomad Notes.

Somnath has just completed his first novel The Price You Pay, a kidnapping thriller which follows the adventures of a young crime journalist in turn-of-the-millenium Delhi.